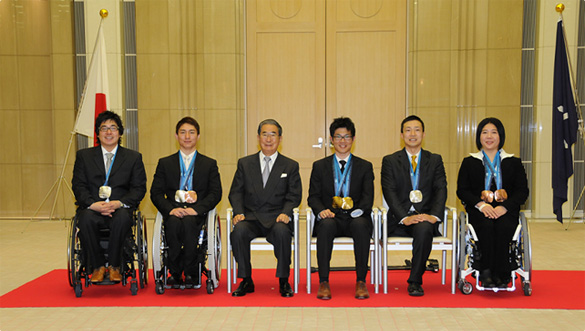 Providing Tokyo citizens with inspiration, hope and strength, Tokyo-based athletes who had participated in the Vancouver 2010 Paralympic Winter Games were recently honored by the Tokyo Metropolitan Government.

Governor Ishihara congratulated the athletes stating, "You have provided inspiration to us all by overcoming perceived disabilities and revealing the true strength of the human mind and body."

"I am pleased to have won a medal as a representative of Japan. And retaining this sense of pride, I will train diligently for the 2014 Sochi Games", offered Nitta in response.